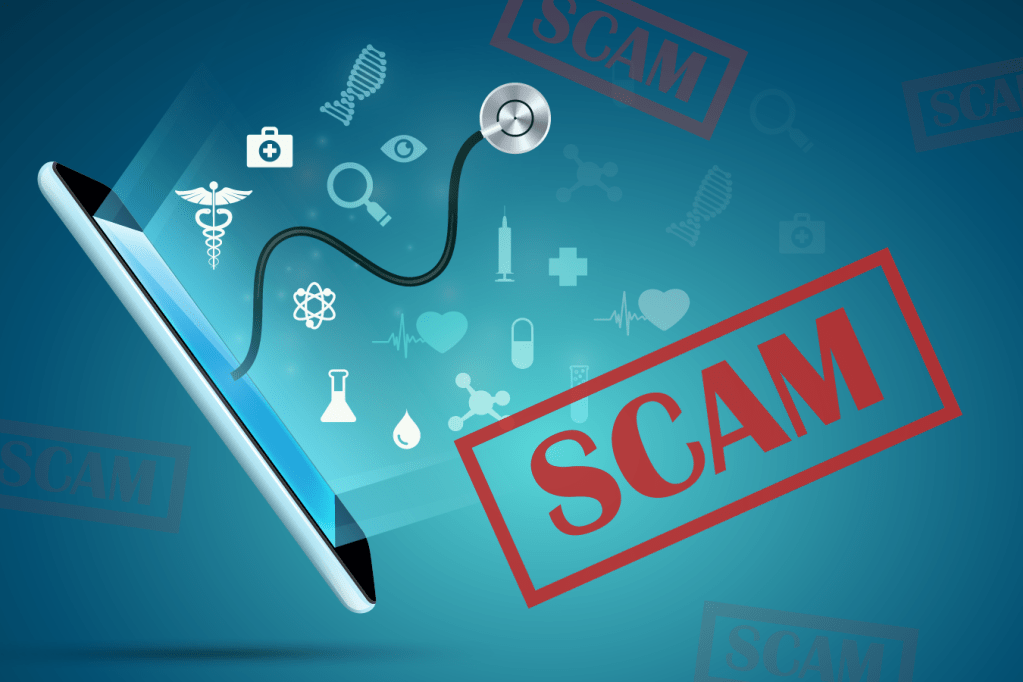 Dean Ernest had been living in a nursing home about a year when his son, John, got a call last winter asking if his father was experiencing back pain and would like a free orthotic brace.

The caller said he was with Medicare. John Ernest didn’t believe him, said “no” to the brace and hung up. He didn’t give out his father’s Medicare number.

And yet, not just one, but 13 braces arrived soon afterward at Ernest’s house in central Pennsylvania.

Medicare, the federal taxpayer-supported health care insurance program for older Americans, had paid over $4,000 for 10 of the braces: a back brace, two knee braces, two arm braces, two suspension sleeves, an ankle brace, a wrist brace and a heel stabilizer.

The orders came from four medical equipment companies and were prescribed by four separate health care professionals — a prescription being required to receive an orthotic brace. But Ernest said he didn’t talk to any doctors during the phone call.

That’s how the latest Medicare frauds work, said Ariel Rabinovic, who works with Pennsylvania’s Center for Advocacy for the Rights & Interests of the Elderly. He helped report Ernest’s fraud case to authorities at Medicare. Rabinovic said the fraudsters enlist health professionals — doctors, physician assistants, nurse practitioners — to contact people they’ve never met by telephone or video chat under the guise of a telemedicine

“Sometimes the teledoctors will come on the line and ask real Mickey Mouse questions, stuff like, “Do you have any pain?” explained Rabinovic. “But oftentimes, there is no contact between the doctor and the patient before they get the braces. And in almost all of the cases, the person prescribing the braces is somebody the Medicare beneficiaries don’t know.”

While prescriptions for durable medical equipment, such as orthotic braces or wheelchairs, have long been a staple of Medicare fraud schemes, the manipulation of telemedicine is relatively new. The practice appears to be increasing as the telemedicine industry grows.

“This has put telemedicine scams on Medicare’s radar with growing urgency,” said James Quiggle, director of communications for the Coalition Against Insurance Fraud.

In the past year, the Department of Health and Human Services Office of Inspector General, the Department of Justice and, in some cases, the FBI, have busted at least five health care fraud schemes that involved telemedicine. Typically in these schemes, scammers use sham telemedicine companies to scale up their operations quickly and cheaply — they can have a couple of doctors remotely writing a large number of prescriptions.

Often the doctors working for these outfits don’t perform medical consultations, but rather write prescriptions without talking to patients, as in Ernest’s case. Of course, that is not how telemedicine is designed to work.

In April 2019, the DOJ announced investigators had disrupted what they called “one of the largest Medicare fraud schemes in U.S. history.” Operation Brace Yourself cracked an international scheme allegedly defrauding Medicare of more than $1.2 billion by using telemedicine doctors to prescribe unnecessary back, shoulder, wrist and knee braces to beneficiaries.

The DOJ charged 24 people, including three medical professionals and the corporate executives of five telemedicine companies.

According to federal court documents, Willie McNeal of Spring Hill, Fla., owned two of the “purported” telemedicine companies, WebDoctors Plus and Integrated Support Plus.

DeCorso admitted to writing medically unnecessary brace orders for telemedicine companies without speaking to beneficiaries or doing physical exams. He also admitted that his conduct resulted in a $13 million loss to Medicare. He has agreed to pay over $7 million in restitution to the federal government.

Federal investigators allege these telemarketing companies sold the prescriptions to the durable medical equipment companies, who in turn billed Medicare for the braces.

McNeal’s lawyer said he could not discuss his client’s case because it is pending. DeCorso’s lawyer did not respond to multiple requests for comment.

The U.S. attorneys allege the money made from the scheme was hidden through international shell corporations and used to buy luxury real estate, exotic automobiles and yachts.

It’s clearly a profitable business. Taxpayers are the ones who ultimately pay for Medicare fraud, which often leads to higher health care premiums and out-of-pocket costs.

Nathaniel Lacktman, a lawyer who represents telemedicine companies and organizations, was quick to point out that the industry does not recognize the fraudsters involved in these schemes as legitimate businesses.

“These are actually really sketchy online marketing companies participating in these schemes who are billing themselves as telemedicine,” said Lacktman, who works in the Tampa office of the law firm Foley & Lardner. “But in fact, they’re companies we’ve never heard of.”

All of this comes at a time when Medicare and Medicare Advantage are expanding telemedicine, though the programs have been slower to adopt it than the private sector, said Laura Laemmle-Weidenfeld, a health care lawyer at the law firm Jones Day.

“I would hate for Medicare to fall even further behind with telehealth,” said Laemmle-Weidenfeld, who previously worked in the Fraud Section of the DOJ’s Civil Division. “The vast majority of telehealth providers are legitimate, but as with anything there are a few bad apples,” she said.

Even with the recent federal busts, the scams continue.

John Ernest said he still receives calls every day with individuals on the line who say they work for Medicare and ask for Dean Ernest’s information — though his father died in April.

But Ernest can’t change his phone number because it’s the main line associated with his painting business.

“It really drives me crazy,” said Ernest. “How many people are they ripping off?”